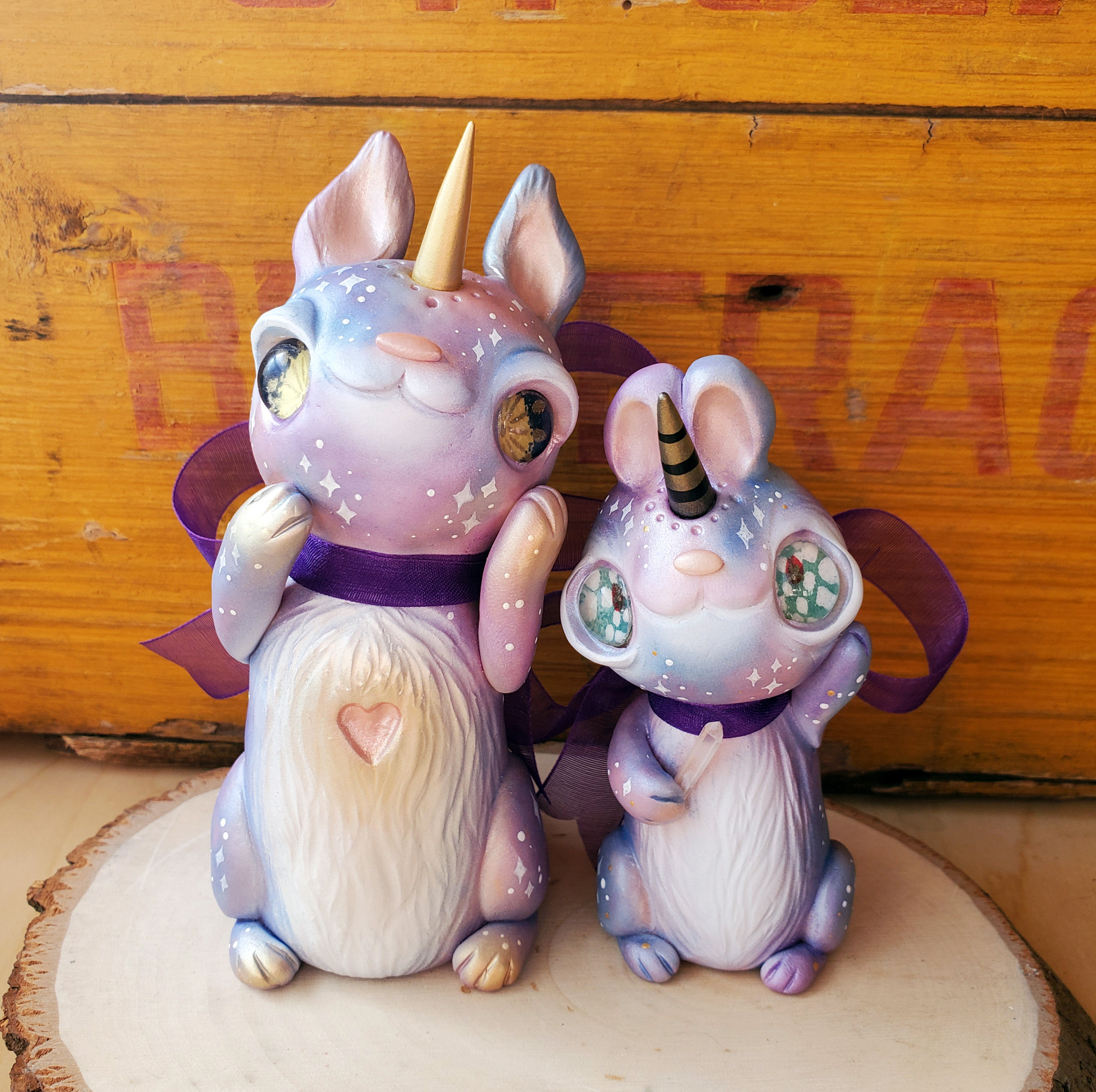 Hello and thanks for being here! Formally trained with a bachelor's degree in both graphic design and studio art, I have been an artist for over twenty years. For a decade, I was an award-winning graphic designer in the corporate sector before turning my focus to my studio art side.

My current project, Owlberry Lane, focuses on my love of traditional hand sculpting and art fantasy figures/designer toys combined. It was originally inspired by my love of fantasy, which I've had since a child. I've been able to share this same love with my children and it has only grown exponentially.

Owlberry Lane is an old, moss-covered cobblestone street deep in the emerald forest. It is said that once an ancient tribe of elflings lived there, but it has been long since abandoned. Currently, it is home to the Owlberries, the Tuftlies, and many other (mostly) friendly monster creatures that sneak about the shadows of the forest living out their magical, but mostly silly, monster lives.

All inhabitants of Owlberry Lane are hand-sculpted, painted, with custom made glass eyes and even among limited edition sets, are one of a kind. Some of these creatures are customized designer toys, and some are completely sculpted from scratch. Each has its own personality and will find their way into your heart, and most likely refrigerator.